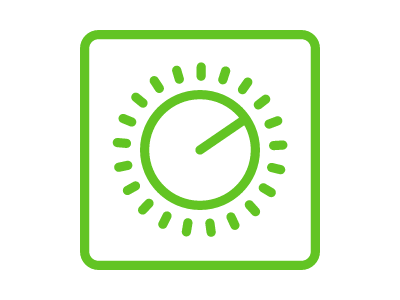 In the constant current range, the PWM, NPF, LPF-D, ELG and HLG-H type ‘B’ LED drivers can be dimmed with 1-10VDC*, PWM signal, or resistance. For DALI dimming you can use the DAP-04 DALI Converter in conjunction with any of these models.

Power Supplies Australia stocks a simple 1-10VDC dimming pot, which can be used with these LED driver.

The ELG series is also available with a DALI interface, for use with DALI controlled lighting systems.

If you need a constant voltage LED driver with AC phase cut dimming, then look no further than the Power Source range of TRIAC Dimmable LED Drivers.

These LED drivers are compatible with most of the leading, or trailing edge TRIAC dimmers that are commonly used in most homes and offices around Australia.

In our range of constant current LED drivers there are two families to choose from. The MEAN WELL PCD series with AC phase cut dimming and the MEAN WELL LCM series.

There are two versions of the LCM series. A standard version, which is dimmed using either a 0-10VDC, or PWM signal. The SDF-30 is also compatible with this LED driver.

Or, a DALI version can be dimmed with either a DALI controller, or push button controller.

Technical Question of the Week: How do I wire a MEAN WELL dimmable LED driver to a wall dimmer?

There is only one type of MEAN WELL LED driver that can be used in conjunction with a trailing, or leading-edge TRIAC wall dimmer; the PCD series constant current LED drivers. These have the required AC phase cut dimming, which enables them to work with this type of dimmer.

If you need a constant voltage type TRIAC dimmable LED driver, then we recommend you consider the Power Source range of LED drivers mentioned above.