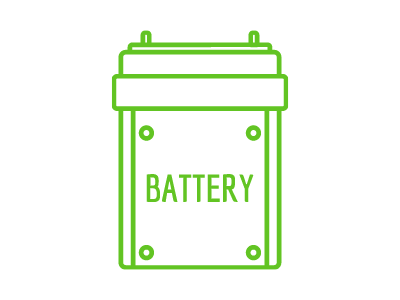 You may have noticed that in the data sheets of some MEAN WELL battery chargers it states that the charger can be used for Lithium-ion batteries, and to contact MEAN WELL for further information.

There is a growing trend for caravan and RV owners to migrate from lead acid batteries to lithium.

Lead acid batteries have been used for many years as they have a high tolerance to fluctuations in the charging voltage, can operate in a wide range of ambient temperatures (think of the batteries in your car’s engine bay) and have a high surge current capacity. On top of that they are highly cost effective.

The downsides of lead acid batteries are their high self-discharging rate and relatively low charge/discharge cycles, which makes them less suitable for energy storage applications.

There are two types of batteries commonly called Lithium ion. One is Lithium Ion and the other is Lithium iron Phosphate or LiFePO4, commonly called Lithium Iron. The names are very similar sounding and can lead to confusion. Lithium-ion batteries are typically used in electric vehicles and electric models, such as cars and planes. Lithium Iron Phosphate batteries are typically used as replacement for 12V Lead Acid batteries.

Lead acid batteries are made up of cells in series to form a battery with more practical voltages like 12V, 24V, and 48V.

12V, 24V, or 48V is often used loosely as an indication of the voltage range. The actual voltage varies based on the remaining battery capacity. For example, the open-circuit voltage of a typical 12V AGM lead-acid battery is between 10.8V (30% battery capacity) to 13.8V (100% capacity).

A 3-stage charging curve is often used with lead-acid batteries, with the final stage being a float charge. This is where the charger lowers its output voltage to avoid overcharging. Although the battery at this point is close to being fully charged, it would still constantly draw power from the charger to compensate for its self-discharge. 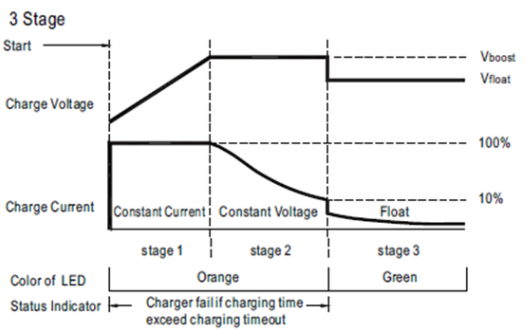 A special caravan model exists, which considers that equipment such as a fridge could be running from the battery whilst the charger is connected. These models are identified with a small white label on the underside of the charger, positioned above the part number, which shows a longer part number with the suffix “CDM”. For example, PB-360P-12CDM.

Generally speaking Lithium batteries don't like being charged at full voltage over a long period of time. One they have reached their full charge, the charger should either disconnect or fall back to float charge, usually 13.6V. This means the "CDM" models mentioned above are not suitable for charging Lithium batteries.

In some cases, a standard MEAN WELL battery charger may meet the requirements of the Lithium Iron Phosphate battery to be charged. Sometimes an adjustment is required.

For Power Supplies Australia to ascertain whether the MEAN WELL battery charger you have is suitable for Lithium Iron Phosphate batteries, we need to know the manufacturer and the manufacturer’s model number of the batteries you intend to use.

Please note that information, such as “12V 100Ah Lithium-ion Battery LiFePO4” is just a description of the battery’s voltage, current and chemistry. The same type of battery can be produced by more than one manufacturer, each with its own specific charging requirements.

Each battery has a unique model or part number. This is what we require.

We can then look up the battery’s data sheet and its charging requirements.

3 stage charging is the default setting out of the box and is the setting best suited to lead acid batteries.

Set 2 stage charging if you are charging lithium-ion batteries.

You can also adjust the charging current and voltage to suit your batteries.

If you have any questions about MEAN WELL battery chargers, please do not hesitate to contact Power Supplies Australia.