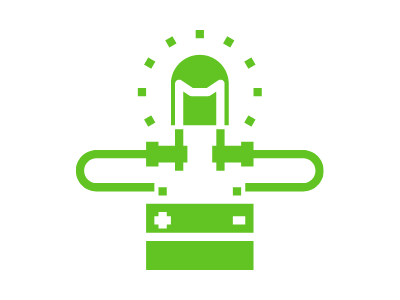 There are two problems regarding the dimming of MEAN WELL LED drivers that we are frequently asked about.

In this blog post we will answer both of these questions.

Why are my LEDs dimming at an uneven, or very rapid rate?

In the majority of cases, the answer to this problem will be that the LED driver in question is ‘under loaded’.

With the exception of the MEAN WELL PWM series, all MEAN WELL constant voltage dimmable LED drivers work by reducing the amplitude of the current being fed to the LED light fittings.

In order for the dimming to be smooth and to correlate with the motion of the dimming switch, the LED driver needs to be loaded as close to its rated maximum output as possible. Power Supplies Australia recommends a load of about 90 ~ 95% of the rated output.

Any less than that and the dimming performance of the LED driver will be less than satisfactory.

The below graphs give a visualisation of how the dimming adjustment will behave with the LED driver under different loads:

If your LED driver is loaded as we have suggested above, then there could be a problem with the dimming switch.

The most common problem here is people trying to use a standard TRIAC type wall plate dimmer with a MEAN WELL LED driver that has 3-in-1 dimming.

To answer this question we explain the difference using two different scenarios:

Scenario 1:
LED driver has a PWM output to maintain even dimming, regardless of load.
Scenario 2:
A PWM control signal is used to adjust the output of a dimmable LED driver (with or without PWM output).

With these LED drivers the constant voltage output switches ON/OFF at a rate so fast that the human eye cannot see the LED flickering.

The duty cycle is the proportion of time when the output voltage is ON relative to the entire period of time. It is expressed in percentage, with 100% being fully on (maximum brightness), as shown in the below diagram:

When you operate the dimming control it is this duty cycle that is reduced, instead of the current amplitude. This gives even dimming, regardless of the load on the LED driver.

This refers to all MEAN WELL dimmable LED drivers, with MEAN WELL’s patented 3-in-1 dimming.

In this scenario the PWM signal is generated by the dimming switch, or control. The LED driver is fed this control signal via its dimming wires, or terminals. As the duty cycle is reduced the LED driver will lower the output of the LED driver.

Most of MEAN WELL’s led drivers achieve the dimming by reducing the amplitude of the output current being fed to the LED lights.

The below table shows how each of the MEAN WELL LED drivers with 3-in1 dimming affect the dimming according to the incoming PWM control signal.

If your light fittings need a LED driver with PWM output, you will need to use the MEAN WELL PWM series LED drivers. These are the only LED drivers from MEAN WELL with the PWM output.

MEAN WELL 3-in-1 LED drivers are compatible with dimming controllers that generate a PWM control signal, but this does not mean the LED driver has a PWM output.

If after reading this post you are still having trouble getting your LEDs to dim correctly, don’t worry, help is at hand. Contact Power Supplies Australia and a member of our team will gladly answer any questions you may have.