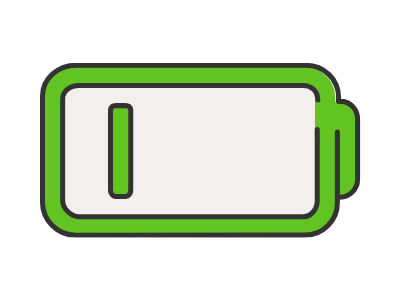 Why Some Power Supplies Don’t Work as Battery Chargers

Power Supplies Australia was recently contacted by a customer who had been trying to use the MEAN WELL HRP-300-24 as a battery charger.

When the customer connected the power supply to his battery it would not start.

It appears that the battery feeds back into the output stage, turning off the power supply. Our technical team tried this with other models of MEAN WELL HRP series power supplies and found that the HRP-450 models also will not start if connected to a battery.

The other HRP models seem to work OK when used as a charger, but Power Supplies Australia advises customers to consider using a dedicated MEAN WELL battery charger instead.

The RSP-100 to RSP-320 data sheets specifically mention that they should not be used with an external capacitance greater than 5,000µF (for some voltage ranges). A battery might be considered a large capacitor, so the data sheet is indicating that you can’t use these power supplies to charge batteries.

We have seen a couple of instances of these power supplies failing when charging batteries. Hence, our recommendation that anyone thinking of using the HRP or RSP series power supplies as chargers to use a different model, or better still use a dedicated MEAN WELL battery charger.

Older models of MEAN WELL power supplies have diodes in the output stage instead of a switching rectifier, so they may be OK for charging batteries. However, they are becoming increasingly rare as MEAN WELL seems to be moving towards switching rectifiers for efficiency reasons.

One of the older models still available is the PSP-600 series, which uses diodes in the output stage and is not affected by having a voltage feeding back into the output stage. The same applies for the RSP-1000 series and larger MEAN WELL power supplies.

Another solution is to consider using an Adel System DC UPS module.

Please contact Power Supplies Australia if you have any questions about using a standard switch mode power supply to charge batteries.